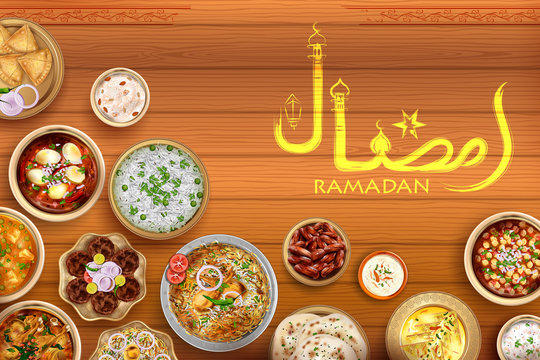 Ramadan has arrived, with the holiness of the name, the people of Morocco welcome the month of fasting, preparing for it for weeks, the smell of rose water wafting from the windows of the houses, the markets illuminating their colourful lamps, and the neighborhood ovens warming the houses of their fire, announcing the proximity of the brightness of the crescent of the month.

The “slaw” and “chebakia” dishes are considered Moroccan Ramadan rituals par excellence, not without an iftar table, and each family prepares it in the manner and quantity that suits it. The month of Ramadan is considered by Moroccans as a holy month at the level of religious worship, as well as rituals and social practices, during which homes are dedicated to making delicious traditional dishes, adhering to the traditions and customs of ancestors.

Like most Muslim peoples around the world, Moroccans begin their preparations for Ramadan in the middle of Sha’ban. All homes, without exception, prepare the “slaw” dish, which is a mixture of roasted flour, fried almonds, sesame, blossom water, sugar and paste with butter, in addition to “chebakia ”, a dessert made with flour, almonds, and sugar. And fry in oil, and extinguished in honey. 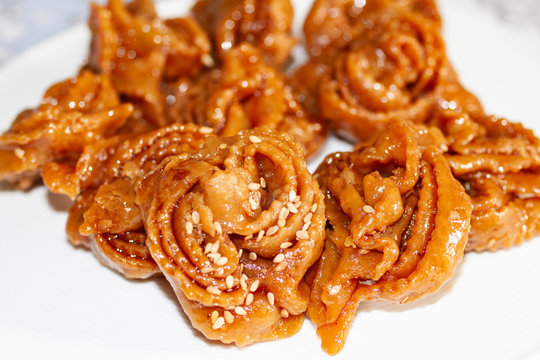 The “slaw” and “chebakia” dishes are considered Moroccan Ramadan rituals par excellence, and there is no Ramadan breakfast table without them, and each family prepares them differently and quantity, according to their capabilities. But everyone is keen to brown the flour in the neighborhood oven, and prepare the honey at home so that the places “the smell of Ramadan” stick to the places.

Also, the Moroccan Ramadan table is not without a variety of pies, the most famous of which is the “Musmmen” pie, a dish traditionally prepared by the people of the desert, in which flour is mixed with water and salt. It is rubbed and thinned, then it forms an elegant square, fried in a little oil over a wood fire, and served to eat.

Moroccan cuisine is distinguished by its exceptional diversity. The intertwining of cultures made each side of the Kingdom distinct from the other. In the north, for example, you find Andalusian dishes prepared by Moorish families whose ancestors migrated after the fall of Granada to the cities of Tangiers, Chefchaouen and Tetouan. As for the south, they are the people of the “camel” who prefer its meat, ghee, and milk, and they are shaken with dates. Also, the Berber and Bedouin cultures have a great influence on the Maghreb Ramadan table.

Moroccans are keen to mix sweet and salty in Ramadan dishes, as the two substances have great symbolism in the popular imagination of the people of the Kingdom: salt, this white substance that is considered a symbol of fertility, is placed in the hands of the bride before she enters her husband’s house, while sugar is “sweet” and from it, the famous popular supplication was quoted “May God make your days sweeter. 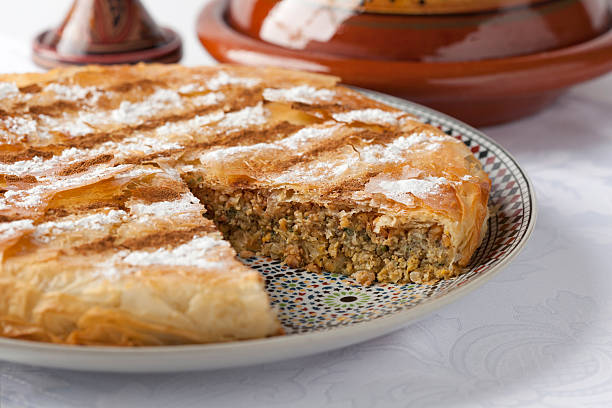 Among the most popular dishes, that mix sweet and savory, is the famous pastilla. Pastilla is considered an authentic traditional Fez dish, first prepared by the grandchildren of Moulay Idriss I, founder of Fez. They used ground almonds with sugar, chicken marinated with free saffron, and eggs fried in onions. Wrap everyone in pastilla paper and decorate with powdered sugar and honey

Tea: the godfather of the table: 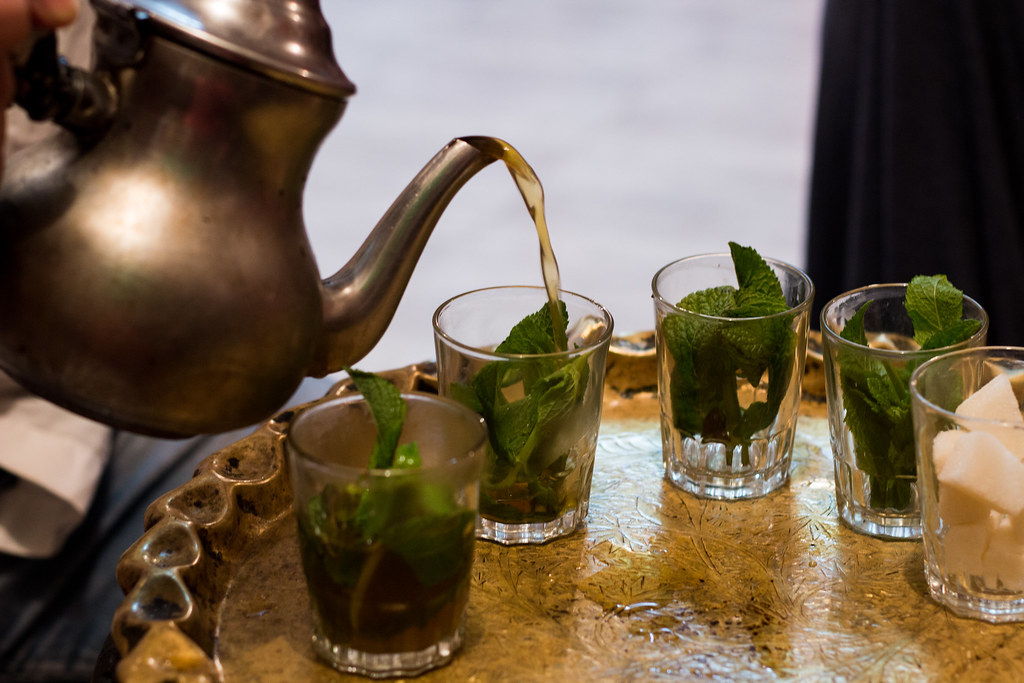 Moroccans never give up having a teapot above the Ramadan table, as it is the number one national drink. Serve hot with white foam on top, the thicker it is, the better the quality of the tea and the craftsmanship of its brew.

In drinks, Moroccan families are always keen to prepare harira soup, which in turn is considered a simple traditional dish that is widely spread in Morocco, and which does not leave the Moroccan table throughout the holy month of Ramadan. It mixes tomato juice, chickpeas, lentils, thick pastries, boiling water, eggs, flour, and water mixture.

Some Moroccan families compensate for the harira with other types, such as the “carrot” soup, which is prepared by the people of Rashidiya Tafilalet and is prepared from whole wheat, mixed with ghee or olive oil and decorated with wormwood. 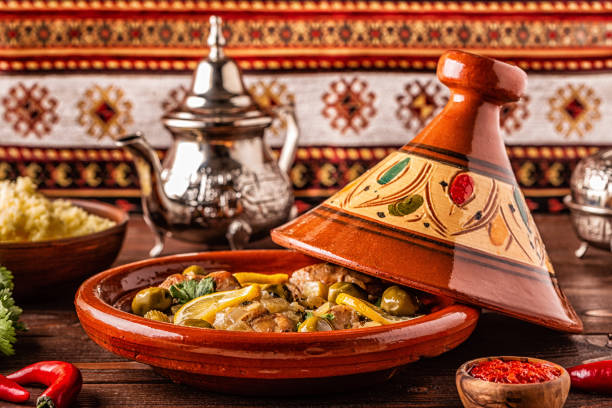 The tagine also has a great place on the Ramadan iftar table. Each region has a way to prepare the tagine. The people of Souss rely on vegetables and a little goat meat flavored with argan oil, while the West prefers the tagine with meat and honeyed plum, or with chicken acidified with olives and flavored with free homemade saffron.

Also, sweets do not leave the Moroccan Ramadan table, as Moroccan women are eager to combine flour, sugar, honey, almonds and date paste to prepare sweets that are often consumed in the Suhoor meal or the time between Iftar and Suhoor.

Turkish-style Karniark stuffed eggplant, with minced meat and vegetables. It is delicious with pilaf rice or bulgur...

Baraziq is a delicious dessert from the Syrian kitchen. It is a dough made of flour, animal ghee and sugar, covered...

Eid sweets The feasts are a plural of Eid, which is what people gather as a weekly, monthly or annual tradition, in...