It is the lover of the Egyptians; there is hardly an Egyptian who does not like it, or once eaten, added to rice, dipped in bread, or drunk even on its own; It is a middle way between cooked food and “soup”… Molokhia is a basic dish on the Egyptian table, loved by adults and palatable by children. Although Japan has recently attributed molokhia to it, no one disputes Egypt’s culture and popularity over it. Everyone acknowledges the Egyptian origin of molokhia and the skill of the Egyptians in making it, but at the beginning of its appearance, the kings took it away from the common people so that it would be their exclusive meal. Therefore, molokhia had a long journey from the court of the royal palaces until it reached the plates of the common Egyptians. Molokhia is one of the types of flowering plants “linden”, which includes from 40 to 100 varieties, and differs in the length of the sticks, and has small flowers of yellow color, these flowers produce a group of seeds that produce leaves, and these leaves are used in making the well-known dish of mallow, and the mallow dish is One of the favorite foods in many countries, especially Sudan, Egypt, the Levant, Morocco, Tunisia, and Algeria. The cultivation of mallow is active in warm weather, as its seeds do not germinate except at high temperatures, and they are harvested after 3 months of cultivation in the cold seasons when they reach an appropriate size, while in the warm seasons they are harvested after a month and a half to two months of cultivation, and they need A large amount of water, so it must be taken into account that the soil does not dry out after planting until germination and then irrigated according to the prevailing weather and the type of soil for the regular growth of plants and the quality of their leaves. Molokhia dish is rich in magnesium, fiber, and vitamins, you will be astonished by how delicious this recipe is. 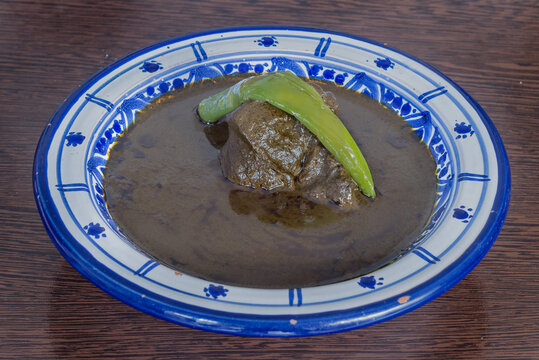 Lamb Liver with onion is one of the easiest and simplest recipes that you can make in no time. There is nothing more...

The Moroccan tagine is one of the famous dishes in Morocco. It has a special taste compared to other dishes. The...

How to lose Weight in Ramadan

How to lose Weight in Ramadan must be one of the most important questions that all people are trying to achieve in...

Fava Beans for Suhoor are one of the most prominent foods that sit on the suhoor table in Ramadan, and they are among...