Iftar is especially important when fasting, after a long day of not eating or drinking fluids. However, this meal should be accompanied by a clear plan for arranging the intake of foods and liquids during breakfast hours.

Some fasting people forget this issue, and make nutritional mistakes after long hours of fasting, which lead to health problems, including dehydration and constipation.

According to the World Health Organization, the optimal arrangement for eating an integrated breakfast to avoid health problems is by dividing it into three meals, as the body needs sufficient time to digest food. 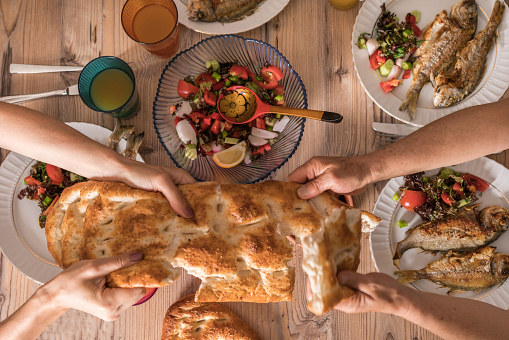 It is recommended to start breakfast with liquids and not with solid food rich in calories and starches, according to nutritionists. The fasting person should start his iftar with a very light meal, which is a glass of water and 3 dates, in addition to a plate of soup.

It is recommended to eat dates before the main meal, because dates provide the body with sugar, which decreases during the long hours of fasting. The number of dates that should be eaten at the start of breakfast can be limited to only three dates, and a fasting person can take three more after breakfast.

After that, the fasting person starts eating soup because it is one of the fluids that the body needs and lost during the fasting hours, in addition to helping the stomach to receive new types of food.

It is recommended that the fasting person rest after eating a snack for about half an hour, and then start eating the main or second meal. 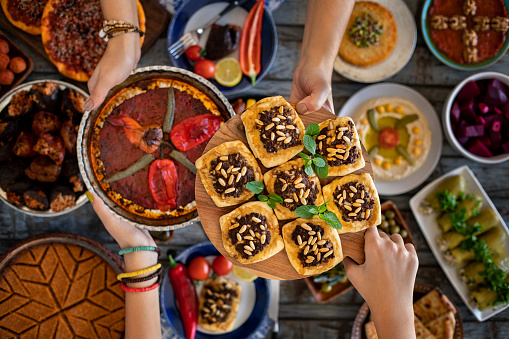 If the fasting person drinks water and then eats soup and salad, he will have avoided one of the most important health problems facing the fasting person, which is constipation and headaches associated with dehydration.

When we talk about liquids, we mean water, not Ramadan juices, such as Jallab, Qamar al-Din, and others. Juices raise the blood sugar level quickly, even if they are natural and fresh fruit juices.

Also, starting your breakfast with low-salt milk is a good idea, as it contains protein and water. Be aware of bad breakfast habits, including eating quickly.

As for the second meal, it is supposed to be nutritionally complete, containing carbohydrates, raw or cooked vegetables, and proteins, and its source is meat, fish and chicken.

Vegetables contain large amounts of fiber, which facilitates digestion, in addition to the minerals and vitamins that the body needs for its daily functions and for healthy skin.

The third meal can be eaten after the evening prayer, and it includes fruits and a small amount of sweets. It is recommended to eat sweets in moderation in the month of Ramadan and to try to replace fried ones with grilled ones, or those that contain low-fat ingredients. 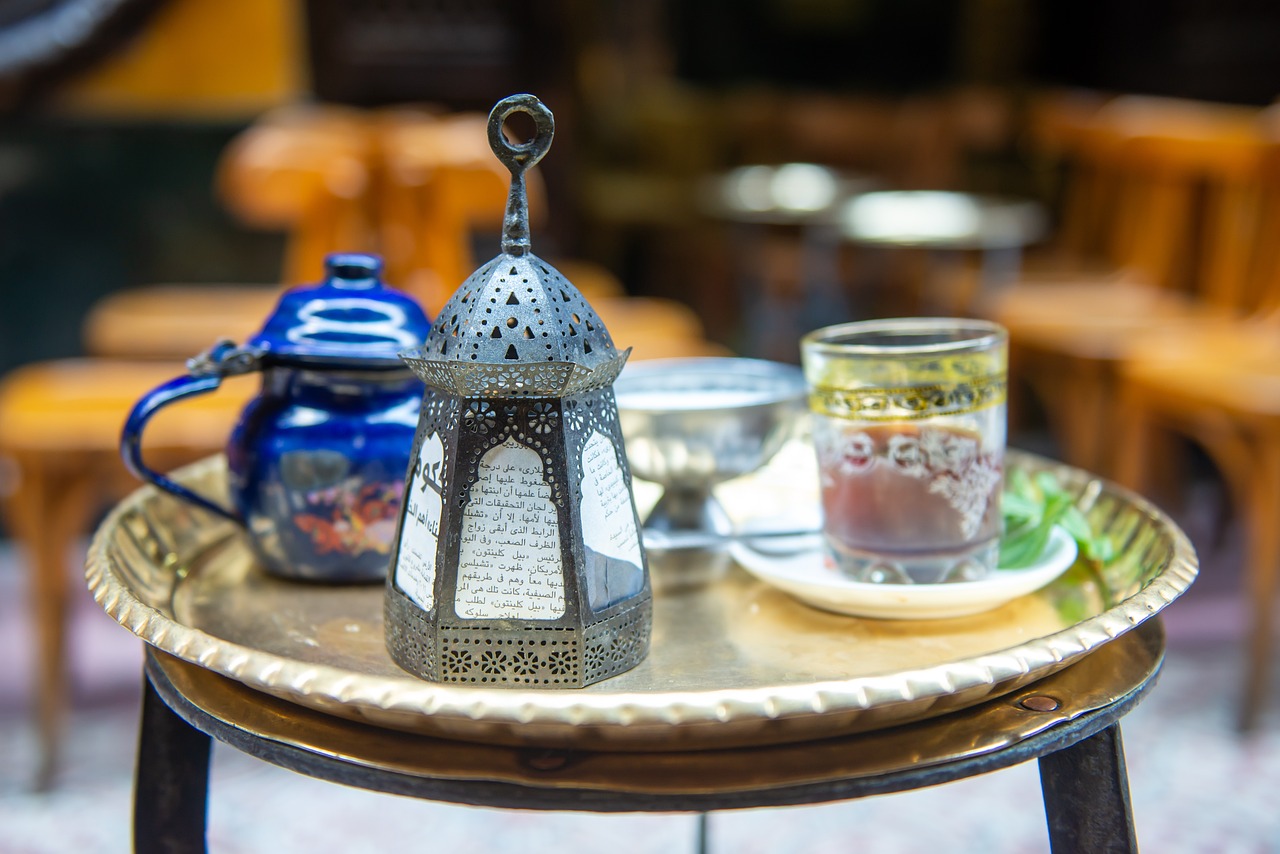 The average number of fasting hours is about 14 hours per day, and the picture period may coincide with high temperatures in some Arab countries, which causes the human body to lose large amounts of water. Therefore, the fasting person should make sure to drink two liters of water per day, which is equivalent to 8 glasses.

This amount should be eaten in batches between Iftar and Suhoor, to avoid heaviness and intestinal confusion.

It is also advised not to replace this amount of water with juices rich in sugars and calories, which do not contain nutritional benefits, but rather cause thirst.

It is advised to avoid salty foods such as pickles, which help to retain fluids, which causes the fasting person to be thirsty during the long fasting hours.

There is nothing like dining with your family in the holy month of Ramadan and for this occasion, here are some of the...

Qarn al- Ghazal Dessert is a special pastry dessert known in its different form, as it is twisted like Deer horn, its...

If you are wondering how to prepare a delicious Bean stew with meatballs (Loubia) with white beans and meatballs, then...

Based on vegetables, olive oil, fish, and fresh fruit, let yourself be tempted by the Middle Eastern cuisine through...

This is one of the easy and delicious dishes that can be served as a snack or appetizer; you will greatly enjoy this...

Roasted Leg of lamb with herbs

Designed for professional chefs, check out this recipe for Roasted Leg of lamb with herb. This recipe is packed with...